This third post comes to us from my little brother, Garin.  This is actually a scholarship essay that he shared with me.  I was so moved by his depiction of possibly one of our biggest family traditions that I immediately asked him if I could post it.  A high school senior with hopes of attending Stanford, his response was: “Lol, OK”.  What do you think?  Should he get the scholarship?

(I took the liberty of adding the pictures/captions)

I grew up in Nebraska but I am far more a Californian.  Certainly I am content here—it is not the situation but what you make of it—but mountains call to me always with whispers and screams that reminisce fond memories.   These magnificent beasts, tame to no one yet always welcoming, have become in me a place of solace and comfort.  Where leaves fall and time drifts slowly away, the mountains never shift.  They hold me in their powerful grasp, waiting as long as necessary until the world is right again.  They are all unique and beautiful in my sight, but I hold one above all the others: my mountain.  Or rather, my family’s mountain.  It was named by its discoverer for a great uncle of mine, Simon Newcomb, and we have since made tradition of climbing it.  Its significance lies in its beauty, as well as its sanctity, family connections, and symbolic nature. 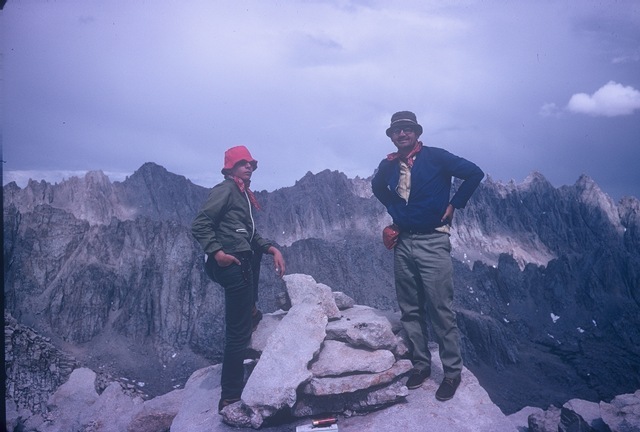 My father and grandfather at the summit of Mt. Newcomb in ‘71

My father spent much of his childhood and adolescence in the Sierra Nevadas.  As it happens, his father took him on the first of our family’s Mt. Newcomb Expeditions.  When we moved to Nebraska before my first birthday, he knew it would be difficult to raise my brothers and me with the same appreciation for the mountains he had grown up with. Still, he made every effort possible, taking us almost annually to the Rockies and somewhat less frequently to the Sierras.  If there was ever a time I did not enjoy these trips, I cannot remember it.  The backpack I carried was not so much a burden as a tangible symbol of my growth, maturation, and ascent into adolescence and adulthood.  The exhaustion that came with it only made everything more vivid and complete. 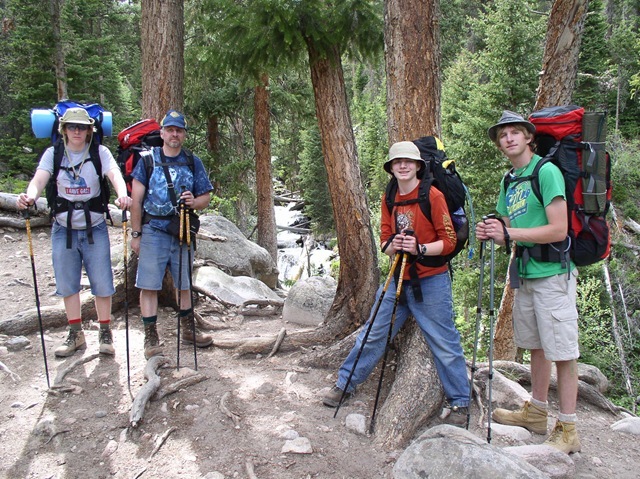 Over the years, the mountains began to represent the good that I knew of the world.  There was a peace to be found there that was complete and entirely untainted.  There was a natural beauty that drew you in, enticing all your senses: views that were unreal, the smell of pine needles, the feel of the thin, brisk air as it comes into your lungs, the sound of the wind as it rustled through meadows, and the ever-delicious taste of food, no matter how deplorably nasty its reality on any other occasion.  Mt. Newcomb, in particular, became in some respects a second home.  It required overwhelming efforts to conquer, but in conquering it I realized a long held dream of mine.  With that came the knowledge that so it would be with every other dream I ever had.  Though not physical climbs, every one of them could, in their turn, be realized through the application of the same force of will as in reaching the top of that mountain.  Clichéd as it may sound, my challenges yet loom before me, mountains.  Nonetheless, a single step yields another, and though my heart races, my breath slows as the peak breaks violently into view.  Truly climbing is what we humans were made to do—truly we yearn and fight for our dreams as surely as we do our mountains. 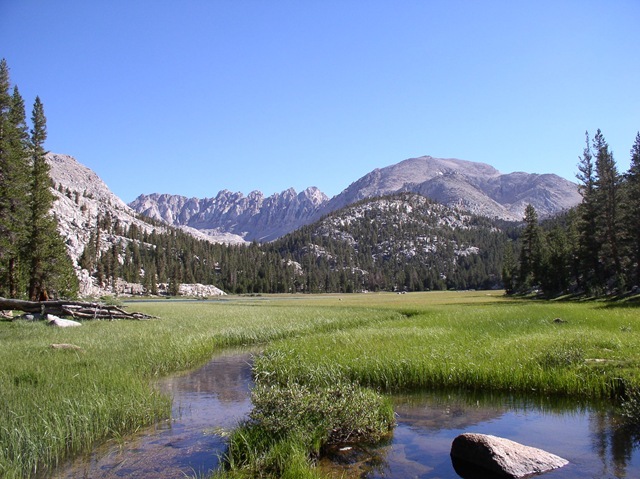 In social matters, mountains have always united my family to unbreakable strength.  When we climb, we climb together.  The struggle of reaching the top of a pass, or even taking another step, becomes a common struggle that bonds us and molds us into a single unit.  That it is our mountain we climb further relates to us the familial nature of this activity.  I and my brothers climb as our father did before us in his youth, and he as his father before him.  We are thus individual, yet tightly connected.  In one particularly strong example, we were hiking down from a pass with a rather steep cliff nearby.  In seating myself on a loose boulder a few feet up from the trail, I ignited its fury and it tumbled down to meet my waiting calf.  Leg pinned between boulder and ground, I stood helpless, my boot the only thing preventing the violent shattering of my ankle.  Though drastic, the situation was of no real consequence: my brother was present throughout, and though lacking the means, he lifted the boulder enough to allow my fervent escape.  This is a clear representation of my family’s relationship: bendable, but unbreakable.

The mountains have also developed another relationship of mine. It is the goodness I see represented by the mountains, along with their vividly real tangibility, that forever intertwines them with my own spirituality.  Indeed, to me, the good they represent is due to their pure reflective nature.  Like their creator, they stand unchanged and uncontrollable.  They hold beauty overwhelming and power over all men.  The peace they afford those who seek them replenishes and gives life.  Thus, I feel closer to God when I am there than at almost any other time.  I am but a human, standing before towering mountains as I stand before God.  Yet by His grace, here I am healed and rocked in His embrace. Mountains unite physical and spiritual, giving vast insight into the heart and nature of God.  In the presence of mountains, it is this insight I seek above all else.

It is a bittersweet moment climbing down from Mt. Newcomb.  It was a great victory won; a challenge conquered through drive and little else.  Though exhausted, I am peaceful and contemplative.  The inevitable pain is yet abated by rushing endorphins, and I carefully acknowledge my quiet bliss.  I thank God for the wonder of my surroundings, knowing that I am cared for in my second home.  I look around to see the faces of my family members and seem to know their thoughts as they know mine.  We are a family, forever united.  As I turn toward the vast valley beneath me and the sparkling lakes therein, my mind is now engulfed by a single flame: this mountain is conquered, but the next lies just across the horizon.  I take a step, then another. 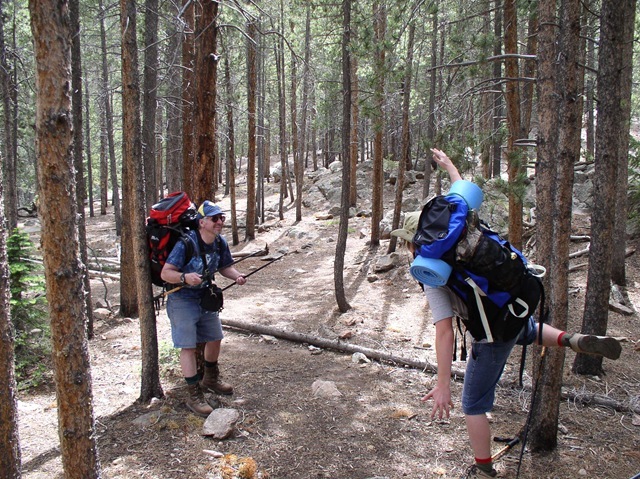 My father and Ben demonstrate how to protect oneself from a bear cat in the wild.