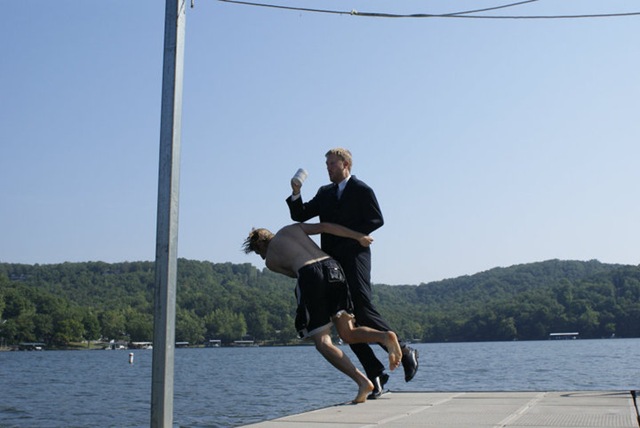 1.  If your boss has multiple email addresses that all go to the same inbox, when composing an email that is likely to become a lengthy thread, address it to all of his/her emails.  This way he/she can get several copies of each message.

2.  Talk at length about the food you prepared/ate the previous night.  Salivate heavily and throw in as many Soooo Goood!’s and MMMM’s as you can.

4.  If you live on a diet of fatty, processed foods, disregard the sign in the men’s room that says “Leave Fan on During Day”.

5.  Fart just before entering someone else’s cubicle/office such that you carry the smell in with you.  For extra points, go into someone’s office while they are on speaker phone and fart loudly.  Can you say framed?!

6.  In lieu of an actual trash can in the bathroom, throw used paper towels into the unused shower. 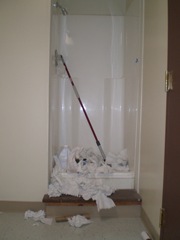 8.  Purchase a small, lewd doll from a novelty shop and tape it to the underside of your boss’s phone handset.  When he goes to take that important call, he’ll get quite the surprise!

9.  During a meeting, make smart, but completely useless and irrelevant observations.  Your coworkers will be so impressed by your knowledge that they’ll completely forget that this meeting has gone well into lunch time.

10.  If you are a “higher-up” at your company, make a habit of having closed-door conversations with the door open but in hushed voices.  Closing the door is way to much work, and besides, this will make your subordinates work harder when they walk by and become paranoid that you are talking about them.

11.  If you have a hairy chest, NEVER, EVER button your top two buttons.

12.  Go into a neighboring business and ask them if they have an extra ream of paper laying around.  Take a whole handful of Lifesavers from the bowl on the secretary’s desk before leaving.

13.  Make it a goal to build up copious amounts of B.O. by 10:30 in the morning.  This can really confuse your coworkers, especially if it’s apparent that you showered before work.