It seems more appropriate to write a tribute to both of my parents, as they just celebrated their 30th anniversary on the 3rd, which is so cool.  However, I meant to write one of these for my dad for Father’s day, but never got around to it.

My dad is my hero when it comes to many things, but none so much as in the world of outdoor adventure.  Growing up in Nebraska did not stop us from taking frequent backpacking trips to Colorado and California as well as mini trips in our own backyard (in this instance, by “backyard” I do mean Nebraska and the general vicinity.  We’ve had many a excursion in our own literal backyard, so I feel it is necessary to specify).  It was during these trips that my father taught me most everything I know about the outdoors, such that once I grew older and joined the Boy Scouts, I became frustrated with their methods of filling trailers with heavy camping gear and camping within a short distance from the cars.  Fast, light, and low impact was our mantra.

When I tell people about some of the expeditions Tara and I have been on, a common response is: “Wait until you have kids–you won’t be able to do stuff like that then”.  I’m sure my parents often heard the same thing, and I am incredibly grateful that they didn’t listen.  The trips we took starting from a young age united us as a family as well as instilling a passion for the outdoors in my brothers and me.  Some of the best memories of my childhood are from these trips.

Fatherhood scares the crap out of me, but I have to admit, nothing makes me more paternal than the anticipation of introducing my children to the wonders of the backcountry.  Naysayers be damned.

Thanks for being so awesome, Dad.  You’re right up there with Jon Krakauer in my book. 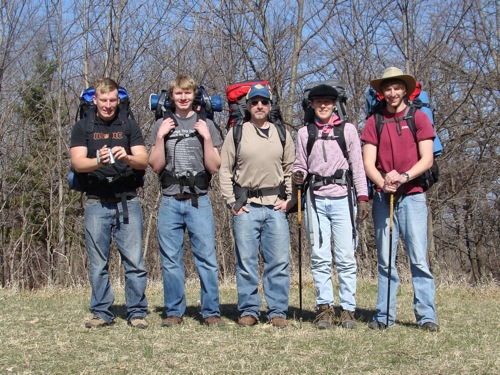 2 thoughts on “A Tribute to my Father”