Lompoc, California, the quaint town nestled amongst the coastal hills and vineyards of southern California, and a second home for me as long as I can remember, forever changed on August 25, 2017 with the passing of my grandfather, Vance Newcomb.  In a lot of ways, it felt like his quick-witted and light hearted spirit defined that town making it my Neverland—a place where I will always feel like a kid.  I can still remember, as if it just happened, the utter jubilation I experienced as a young boy as I was getting ready for bed at our home in LA and my parents surprised me with the announcement that we would be driving up to Grandma’s and Grandpa’s house that night.  I remember lifting heavy eyelids as the car pulled into the driveway, the headlights illuminating the little green stucco house with the ‘Z’s in the white trim on the garage door.  I remember waking to the smell of coffee the next morning as there was every morning with my grandparents such that to this day the smell reminds me of them.  My grandfather would have used at least three different goofy voices, sang lines from multiple songs accompanied by hand whistling, all before breakfast was finished.  Oh how I would try and master the hand whistle! I never did.  Not even close. 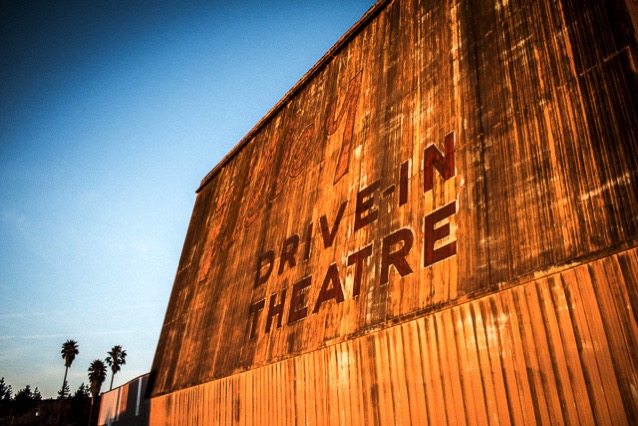 Selfishly, I wondered how Grandpa’s passing would affect my Lompoc.  I feared his absence would leave a big hole in the utopia that I have tended to take for granted as if frozen in the year 1993.  It was with a heavy heart that I entered the little green house for the first time after his death.  The hospice bed that had dominated the living room for many months was now removed and the chair that he often sat in was unoccupied.  But the spirit was light, and even in the circumstances, there was joy.  I was reminded that it was not one man that defined this town for me, but an entire family. 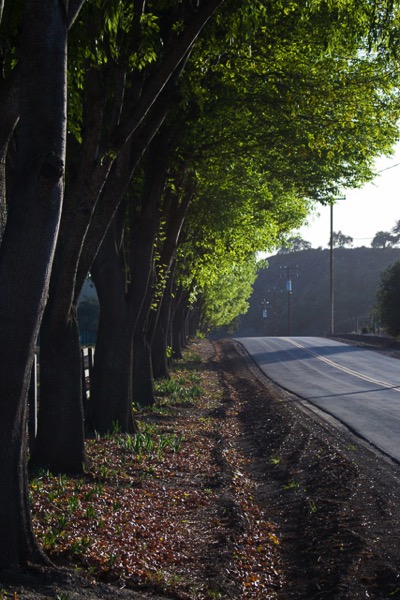 A quiet highway winding its way through wine country

After the memorial, at the luncheon at the Lompoc Historic Society, somebody had the idea to photograph all of the cousins together.  David, cousin of my father and aunt, asked if they could use props.  Not knowing what he meant, somebody said Sure, and he promptly picked up the pot that the beans had been cooked in and posed with it in the picture just because.  It was so much something Grandpa would have done, that it struck me in that moment how great an influence Grandpa had on his family and friends.  We all have a love for the outdoors and more than a few of us still climb trees as adults.  Some still insist on calling it a “Crick” instead of “Creek” and there is a little bit of a holy war on this (as there should be).  Some of us have a passion for teaching as well as introducing children to literature.  A few are just as sentimental as Grandpa was and insist on archiving memories only now in blog form while others get overly emotional about football games.  Some make beautiful music and sing from mountain tops, but nobody can do that damn hand whistle.  We all have a very recognizable nose.  But above all we are kind and loving, which I’ll admit is a little bit biased.  I’m not sure I’ve ever seen a family full of jerks proclaim themselves as such. 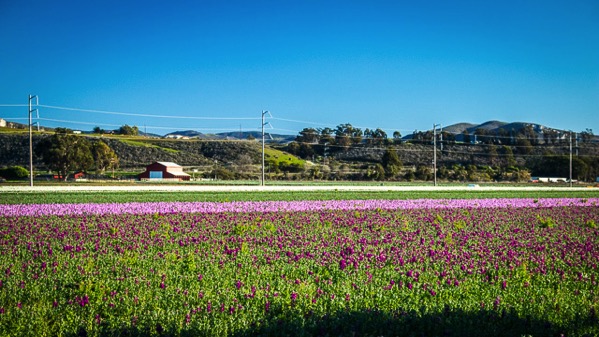 One of Lompoc’s many flower fields

No, Lompoc will never be the same without Grandpa, but it doesn’t have to be.  As long as there is family (and wine) there, it will always be a second home and we’ll continue our pilgrimages there to backpack Manzana “Crick”, to go out to Surf beach only to find you can’t go down to the water that particular time of year because of the endangered Snowy Plover, to get afternoon Espressos at Southside Coffee, to walk along the “crick” bed, to play disc golf at Beattie Park, and spend time with the people with noses like ours that appreciate absurd puns as much as we do. 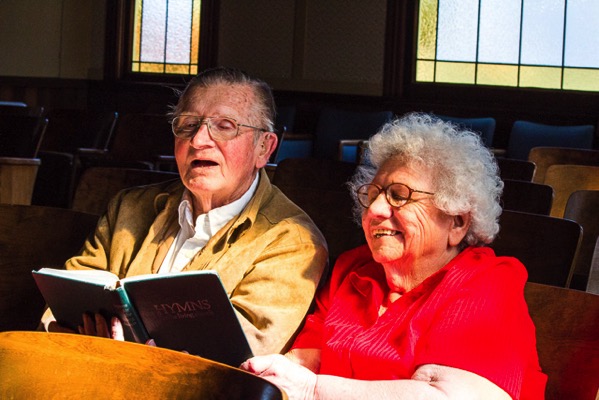